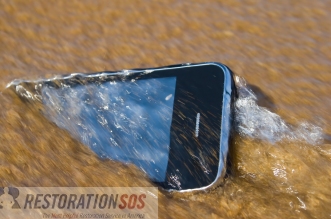 Android devices are one of the most popular cell phone innovations of the last five or six years, providing incredible versatility and a sizable number of options that give it an edge over most other cell phone offerings on the market. Unfortunately, they retain the Achilles' heel that is so common to most cell phones, namely the ease with which they can be rendered inoperable as the result of water or moisture damage.

The first thing to do when your Android phone is water damaged is to make sure that you do not turn it on. If it is already on when the damage occurs, then turn it off and do not power it back up under any circumstances. If the battery can be removed, then do so.

Remember that water damaged phones may work properly for a time after becoming wet, but it is only a matter of time before the water gets into the circuitry and things begin to short out. Water also causes corrosion, so it is important that the phone be dried out as soon as possible before any attempt is made to use the phone.

Also, remember that water may be able to accumulate inside the phone, so shake the Android vigorously in order to dislodge as much water as possible. You should be able to remove a good amount of water in this manner.

Silica gel packs placed on the phone may help considerably with the drying process, as will the procedure of immersing the Android phone in plain, dry rice which will absorb water and remove excess moisture from the unit. It is also recommended to place the phone by the air conditioner for the night to facilitate drying.

If all else fails, or if you suspect that the Android phone has sustained considerable water damage, then it is probably advisable to have a professional look at it. Android phones that are exposed to water may develop other issues down the line, issues that may not be readily apparent. These phones cost far too much to take any risk with long-term issues that occur as a result of the water damage.

Androids are definitely cutting edge cell technology, but can be easily compromised by water or other liquids getting into the case. Be aware of your repair options so you aren’t caught by surprise when your Android falls in the pool or when you get caught in an unexpected rainfall.