The Hazards of Sewage Backup

A sewage backup will commonly present a serious health hazard mainly caused by bacteria, viruses and parasites. Sewage backup is dangerous due to the many ways it transmits diseases and because it is sometimes hard to predict. 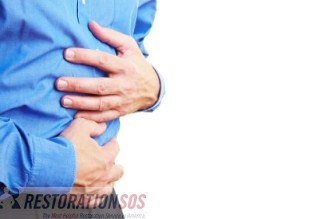 Sewage backup hazards are better understood once you learn what, in fact, sewage is; or as it also called raw sewage, sewage sludge, or septic tank waste.

Raw sewage is mainly gray or black water. It usually contains the organic waste and wastewater produced by household and industrial sources. Sewage typically contains everything from soap to solid waste, human excrement, industrial effluent, and debris. It is discharged by drains and sewer lines.

Excrement is the major source of harmful microorganisms such as coliform, fecal coliform, Escherichia coliform (E. coli), and Enterococcus.

Exposure to sewage or its products may result in a number of diseases:

Gastroenteritis
An inflammation of the stomach and the intestine. Gastroenteritis may result in diarrhea with vomiting and cramps when irritation is excessive. When caused by an infectious agent, it is often associated with fever.

Allergic Alveolitis
Inflammation of the alveoli in the lungs. It is rarely reported with relation to sewage backup. However, when reported it is characterized by fever, breathlessness, dry cough, and aching muscles and joints.

There are 3 common transmission ways for microorganisms to enter a human body: