The Causes of Sewage Backup 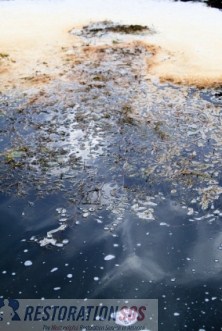 By learning the causes of sewage backup, you will have more tools to deal with the situation as it occurs. In addition, it is much easier to prevent sewage backups once you understand what causes them.

While some causes of sewage backups are common in sanitary main sewer lines which are under the city's responsibility, other causes are seen more often in the laterals lines (lines between buildings and the main line) and are under the property owner's liability.

There are three main causes for pipe and sewer blockages and while some are simple to detect and easy to prevent, some are hidden and can hardly ever be detected before the damage occurs.

1. Solid Flushes
The most common cause of sewage backup is a blockage of the lateral service pipe between the home and the city main. This is usually caused by solid objects accidentally flushed down a household drain.

In home and office plumbing systems, the main cause is grease accumulation, hair, dirt, or solid materials such as disposable diapers, sanitary napkins, broken dishware, garbage, and debris that are too large for wastewater pipes to handle.

This problem is usually a local problem, and when you experience it, only water from your home will be backing up. The amount of backup will depend on the amount of water you are using. If you turn off the water, it will slowly drain, but the problem is likely to return as you turn on the water again.

2. Structural Defects
Different structural defects can develop over time and eventually cause major damage to the system, leading to a serious overflow that will require a complete reconstruction of sewer lines.

Structural defects happen due to system deterioration in both pipes and manholes. These defects include problems with sewer service lines such as pipe collapses, sags in the line, cracks, holes, protruding laterals, misaligned pipe, and offset joints.

3. Root Infiltration
Tree roots are a major cause of backups. Tree roots can enter the service pipe at joints and travel a long way, causing blockages along the way. Tree roots can also create structural defects when they crack and break pipes as they grow.

It is not rare that during heavy rains the sewer lines fill up with water much faster than they drain due to insufficient system capacity. This fact may lead to a sewage backup as the water flows back through residential floor drains and causes overflows.

A frequent cause of water stoppages within the city's system is vandalism. Leaves, sticks, rocks, bricks, solid objects and debris have been found stuffed down manholes leading to blockages and causing sewage backups.