As you get ready for the holidays season, you must keep in mind safety in general and fire safety in particular. According to the United States Fire Administration (USFA), each year fires occurring during the holiday season injure 2,600 individuals and cause over $930 million in damage. 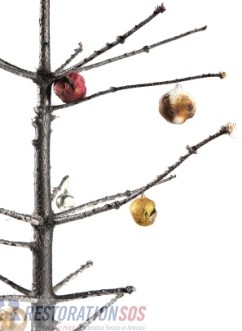 The following fact are provided by the National Fire Protection Association

Please Note: These statistics are based on fires that started with Christmas trees and do not include fires starting with other products. A small fire that spreads to a Christmas tree can very quickly become large.